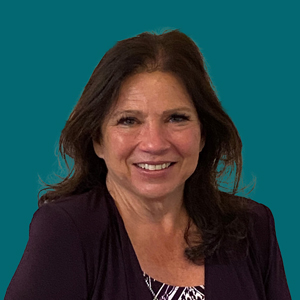 Next week, you may see some unmanned aircraft systems (UAS, aka drones) at City Hall Park. This activity is connected with a pilot program designed to detect and mitigate drone risks to airports. The testing area extends out five miles from the airport. And the Port of Seattle has selected several areas throughout King County as testing areas, including City Hall Park here in Normandy Park.

Four other airports in the U.S. are participating, with SeaTac being the largest airport.  All equipment will be on airport property, except for the drones the Federal Aviation Administration (FAA) will be using to test the system.  The drones the FAA uses will be tethered to the operator with a 400-foot tether (or shorter).  All drone operators will be clearly identified and wearing high-visibility jackets and always have personal identification cards on them.   Testing will be intermittent through September 2023 and could take up to half a day at any one time.  Occasionally testing will be at night. The City will be provided notice before testing takes place.

We have received notice that testing is scheduled for next week, and this may include Normandy Park. The FAA does not intend to collect personal information or images during the process, and the activity should not cause a noise issue nor disturb anyone’s privacy. For more information, contact Mike DiPilato, FAA Airport Research Specialist, at Michael.DiPilato@faa.gov.

The City of Normandy Park is seeking applicants to fill the vacancy of City Council Position #5. This temporary appointment will expire upon certification of the November 2023 General Election. Interested residents must apply by noon, February 1, 2023. To obtain an application, visit City Hall or the city’s website. For additional information, please reach out to City Clerk Brooks Wall.

If you have any questions, please get in touch with me at aarrington@normandyparkwa.gov. Have a great week!

” The City of Normandy Park is seeking applicants to fill the vacancy of City Council Position #5.”

END_OF_DOCUMENT_TOKEN_TO_BE_REPLACED

As you know, a proposition needed to help fund a new Civic Center facility failed in August. To help us better understand the “why” behind your vote, whether you supported or opposed it, we asked residents to take a brief survey on this issue. The response rate has been fantastic, and the information submitted to date will be presented to the City Council at their January 28th retreat for review. If you are interested in taking a peak at the results we have received so far, take a look at the retreat packet.

END_OF_DOCUMENT_TOKEN_TO_BE_REPLACED

Get involved in Normandy Park

For anyone interested in being more involved in your local government, the City of Normandy Park has two excellent positions…