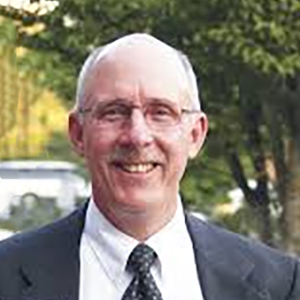 Lodging Tax Committee.  In preparation for the day when Normandy Park forms a Lodging Tax Committee under NPMC 3.15, Normandy Park will need two representatives of lodging tax businesses, presumably from within Normandy Park, and two representatives of recipient groups of these funds.  These recipient group representatives sit on the Lodging Tax Committee and represent local nonprofits and community groups that can create events or conduct hotel-motel marketing that could be said to increase “heads in beds.” Problem is, there’s only one one-bedroom operation identified VRBO and one Airbnb operation in Normandy Park at this time, and they’re both at the same place.  They charge $166 a night times 2%, which is the reimbursable lodging tax amount from Washington State sales tax [diverted through King County before Normandy Park would receive it] or $3.32.  Once Normandy Park has a hotel, this revenue begins to add up. It’s also possible charge an additional 2%, but this additional 2% is a tax that increases the sales tax rate, rather than being distributed by Washington state from the existing sales tax.

How do you know when it’s time to re-develop a shopping center site.  I’ve attached some reference material. Note, the second and third attached articles mention Mashpee Commons, but the last article provides some suggestions for things to do and review with the owners of Normandy Park’s two shopping centers through Community Development. These are valid and common observations.  I think the Manhattan Village Plan needs to be reviewed in this manner. And, an additional plan should be developed over time with the Normandy Town Center.

The city needs to vision, plan (land and infrastructure), and zone until every stakeholder knows the future alternatives inside and out, and when it’s time to move a development plan with the property owners, they tell us what they intend, we listen, assess feasibility, and if okay, then we move heaven and earth to make it so.  This often necessitates the crafting of a development agreement that stabilizes the developer/property owner’s conditions over time for a period of years for zoning, utilities, transportation considerations, development fees (including impact type fees or SEPA mitigation, one or the other), everything except stormwater, which by State law cannot be fixed at a particular burden in time, but must be accommodated with the specifications in effect at the time of permit application.

To do this, a development agreement completely within the normal bounds of existing zoning, increases investment confidence on the part of property investors and owners because an agreement with a current city council can bind the actions of a future city council for a period of years, usually 10-15 years. The exception to an agreed, fixed zoning is the health, safety or welfare of the citizens; otherwise, everything stays the same for a while, again, except for stormwater standards.  The City Manager and City Attorney can draft such an agreement in conjunction with legal and engineering reps for a property owner, and then the City Council and public review the results. As long as everything is within the current zoning, and nothing confers special privilege, everything works fine.

With a city attorney (from Ogden Murphy Wallace), I fostered such a document, 86 pages, with similar actors, that resulted in over 400 acres of re-zoned, intense development in a 799 acre annexation (one of two such in the same year), including residential housing, senior housing, trails and parks (both active and passive), wetland preservation, regional stormwater facilities, new roadways and interchange facilities (roundabouts), county investment, State concurrence, finance commitments, bonding commitments (LIDs and ULIDs), big box retail, smaller retail, an elementary school site, and a YMCA, as well as zoning protections for residential areas, and other residential amenities.  Subsequent to infrastructure improvements, property values on undeveloped land increased 16-17 times.  Moreover, property values under developed land, not counting the buildings, increased 26-28 times. (That doesn’t always happen, the property was designated as forest land at the outset.) Obviously, property tax increased a lot.  Sales tax increased from $0 to about $2.5 million per year immediately.  These days sales tax is up around $5-6m per year from this area alone. Especially at the outset, however, development cash flow for a property owner is a limiter, no matter how much everyone is going to benefit.

If Stan Harris gets his property cleaned up, then it would be possible to start the same kind of investment cascade, on a small scale comparatively, in Normandy Park, which already has high property values.

Normandy Park has to focus on re-investment in two shopping centers and on one environmentally challenged, but great locale property; I already know it’s possible. Normandy Park is on the right track.

“Normandy Park is on the right track”

It is that time of the year! Several contractors started working throughout the city on July 19, 2021. These contractors will be working on stormwater…

END_OF_DOCUMENT_TOKEN_TO_BE_REPLACED

Join us on Wednesday, July 21, 2021, at 7:00 PM, as the Park Commission hosts its second listening session to hear from the public about what recreation programs…